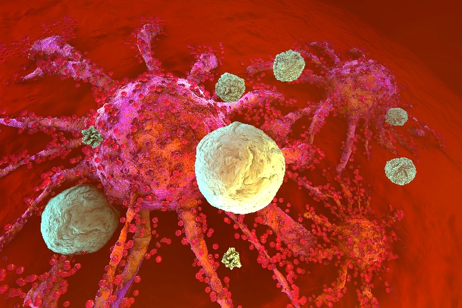 Hailed as one of the most exciting developments in modern medicine, immuno-oncology has transformed the cancer treatment landscape over the past decade and offers a long-term outlook for many people with advanced disease. Here at Porterhouse Medical Group, we recognise the revolutionary nature of this speciality and that, as a medical communications agency, we all need to be informed about this potentially transformative field.

It seems incredible that the first use of immunotherapy to treat cancer took place over a hundred years ago in 1891. Up until this point, surgery had been the only treatment option for cancer and when a frustrated Dr William B. Coley was presented with a patient with an inoperable throat cancer who could no longer swallow, he was inspired by several articles he had recently read. Dr Coley purposely infected the man with a streptococcus bacteria and, after several injections, the treatment triggered an immune response, dissolving the tumour in the process, and the patient went on to lead a normal life for more than eight years.

However, the unpredictable nature of the method (several patients died from overwhelming infection) alongside his poorly controlled and inadequately documented trials meant that Coley received great criticism from the medical and scientific community throughout his life. In addition, the advent of radiotherapy and chemotherapy as treatment options for cancer meant that his approach was largely dismissed in the first half of the 20th century. Research into the technique was resurrected by Coley’s daughter in the 1950s and over the last decade progress has been made in unlocking the innate power that exists within all of us to control this devastating disease process. 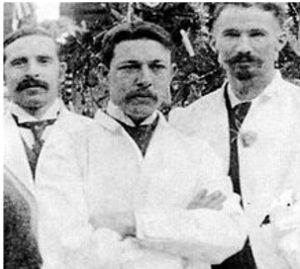 The immune system is a complex network of organs, cells and molecules all working together to protect the body from foreign invaders such as viruses, bacteria and toxins.

There is an ever-present innate immune system that provides immediate protection from initial attack, and this goes on to trigger an adaptive or learned system that develops a more targeted response as a result of previous exposure.

Cancer cells have the ability to adapt and mutate that often allows them to effectively ‘hide’ from the immune system, thus allowing tumours to grow undetected. Immuno-oncology overcomes this obstacle by ‘customising’ the immune system to recognise that all cancer cells are foreign and need to be destroyed.

Many of the components of the adaptive immune system are being harnessed for use in immuno-oncology, including:

How the immune system can be harnessed for cancer treatment

Some cancer cells interact with checkpoint molecules to switch off T cells, thus stopping the T cells from attacking the cancer. Checkpoint inhibitors are drugs that put a controlled ‘brake’ on the checkpoint system, preventing T cells from being switched off enabling them to identify the cancer as a foreign body. Drugs in this class are already being used successfully in the treatment of malignant melanoma, small cell lung cancer, non-Hodgkin lymphoma and cancer of the urinary tract.

Monoclonal antibodies are currently being used to treat brain and breast cancer; They are laboratory-made antibodies that are designed to attach to a specific cancer protein or antigen. Once attached, a signal is sent to the immune system to trigger an immune response.

Blood is taken from a patient and their T cells are isolated; these are then cultured in a laboratory to increase the number of cells before they are infused back into the individual. The aim is to boost the anti-cancer response of the immune system.

CAR-T therapy (chimeric antigen receptor T-cell therapy) is a type of adoptive T-cell transfer in which the T cells of a patient are altered in the laboratory to allow them to recognise and attach to a particular antigen on the cancer cells of a patient. This is achieved by engineering the T cells to produce synthetic receptors, called ‘chimeric antigen receptors’, on their surface. CAR-T therapy has an established role in treating paediatric leukaemia.

Clinical trials are ongoing in all of these areas and the future looks extremely hopeful for cancer treatment. Curative immuno-oncology treatments are on the horizon and, in the meantime, longer survival rates achieved by utilising the memory of the immune system and more targeted therapies will finally give people with a cancer diagnosis both quantity and quality of life.

‘Nature often gives us hints to her profoundest secrets, and it is possible that she has given us a hint which, if we will but follow, may lead us on to the solution of this difficult problem.’