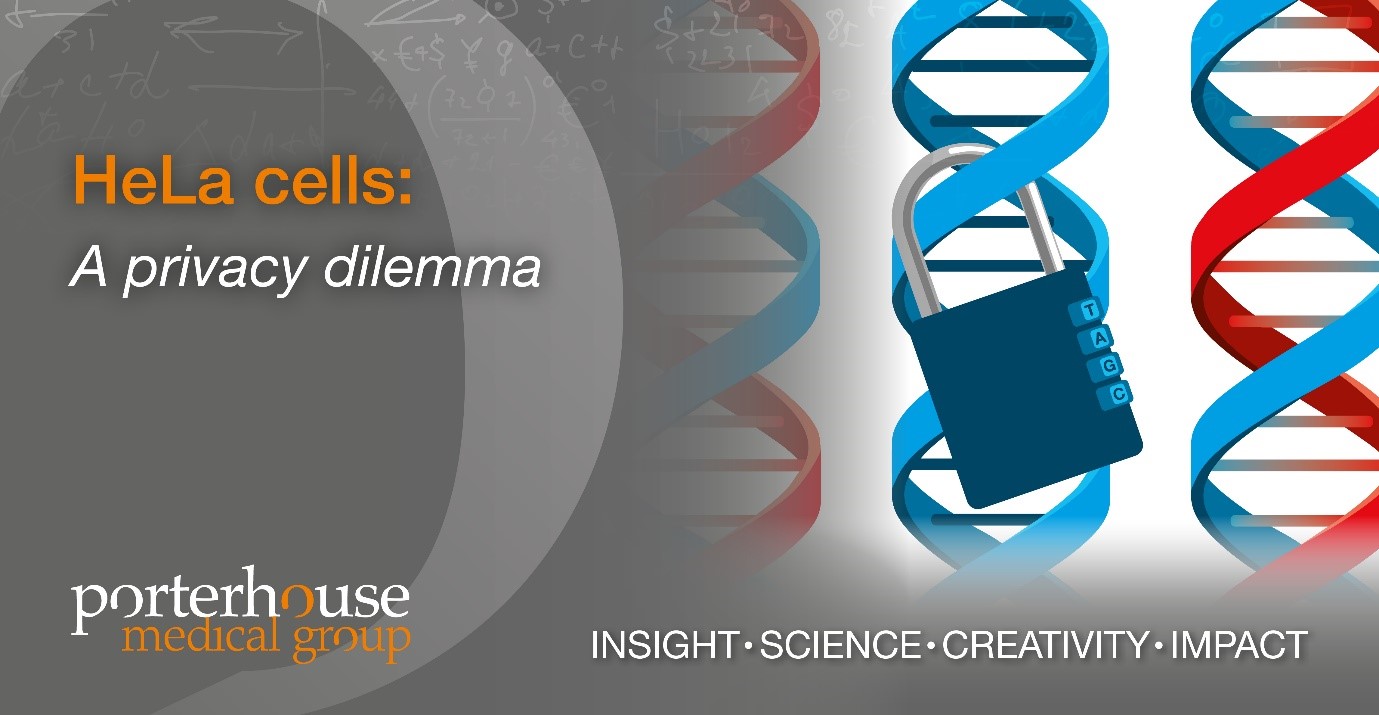 The Data Protection Act 2018 was implemented in the UK after the approval of the EU General Data Protection Regulation (GDPR), and, as a result, a complex web of guidelines regarding the use of personal information has been created [1]. Now, anyone conducting any practice that uses personal data, including medical research, is legally obliged to abide by strict rules referred to as the seven principles of data protection, which govern how personal data can be used [1]. However, if we cast our minds back to the mid-20th century, before these regulations existed, there was a patient whose biological material and data were obtained and used in a way that would now be considered in breach of a number of legal and ethical regulations, including GDPR. Nevertheless, the resulting research was pivotal to numerous monumental scientific advances. This article explores the extraordinary story of Henrietta Lacks, including how her cells influenced medical research and the controversy surrounding the unconsented use of her cells.

The start of the first human cell line

Henrietta Lacks, a tobacco farmer from Virginia, USA, was admitted to the Johns Hopkins Hospital in 1951 with what turned out to be cervical cancer [2]. A biopsy was taken of the carcinoma on her cervix but, as was common practice during the mid-20th century, the physicians involved did not obtain consent from Henrietta before carrying out this procedure. In fact, her family did not find out that a biopsy had been taken until a decade later [2,3]. The cancerous cells obtained from Henrietta Lacks without her permission were later used for research by Dr George Otto Gey, who was, at the time, Director of the Tissue Culture Laboratory at the Johns Hopkins Hospital. Again, to reiterate, this happened without Henrietta’s consent, however was in accordance with the regulations at the time. If this were to occur during the 21st century it would be immensely controversial, as patients must now give informed consent prior to the collection and use of their biological material by institutions for purposes that include research and education [3]. Dr Gey found that the cancerous cells had a remarkable innate ability to proliferate extensively within a laboratory environment, which resulted in the formation of the first human cell line [2,4]. These infamous cells, coined ‘HeLa’ cells after the first and last names of Henrietta Lacks, have now been used countless times over the years, contributing towards a wide array of scientific discoveries [4].

Use of HeLa cells in medical research

HeLa cells have become one of the most frequently used cell lines, holding a pivotal role in many medical advances. These cells were key to the development of the polio vaccination; their proliferative properties provided both an economically viable and a practical means not only for assays of the polio virus and its antibodies but also for isolating and producing large quantities of the virus [5,6,7]. They made it possible for the polio virus to be analysed in great detail, which highlighted the effectiveness of certain antibodies in preventing the destruction of cells [6]. Additionally, the production of HeLa cells on an industrial scale for global distribution led to them inadvertently contribute towards the development of routine maintenance procedures and equipment for use in vaccination design, and also provided the foundation of the biomedical sample circulation industry [7]. HeLa cell lines have also been used to understand diseases such as those caused by HIV and the Ebola virus, where mechanisms of disease entry and transmission have been analysed to further develop understanding of pathogen modes of action [8,9].

There is no doubt that HeLa cells have had a significant and lasting impact on a huge spectrum of areas regarding disease understanding, benefiting an unimaginable number of patients. This raises the question of what would have happened if the Data Protection Act had been passed roughly seventy years earlier and Henrietta Lacks had refused physicians the right to collect and use her tissues. To that end, it is worth contemplating if potential future breakthroughs are being hindered by data protection and the resulting power that patients have to refuse the use of their cells in research, and if there are any measures that could be put in place to minimise this.

One issue that the case of Henrietta Lacks and the unconsented collection of her tissues brings to light is the ownership of tissues. It was not until 2013 that the Lacks family were given any authority over the use of the HeLa cell line – over half a century after Henrietta’s cells were first used [2]. This only occurred because of the publication of the HeLa genome sequence, which raised multiple concerns among the Lacks family; one of these was the possibility of the sequence being used to calculate the family’s risk of disease and the potential health insurance implications of this [10]. The lack of influence the family had over the use of their genetic data really brings the issue of data privacy and ownership of our own tissues to the fore. Although researchers are now required to obtain informed consent before using a patient’s samples, there are cases where anonymised samples are used and therefore informed consent is not required [11]. Additionally, in the majority of cases involving biological samples that have been taken or donated for research, courts have ruled that patients from whom samples have been collected do not hold ownership rights of their removed tissues [11]. The reasoning behind this often relates to the potential restrictions that affording such ownership rights to patients may have on research, as this may limit access to biological materials [3]. However, cases like this are rare, and it is unlikely that patients would withhold their personal material in order to hinder medical advances. What is more likely, is that patients would be worried about how their personal data might be used. Therefore, it is imperative that clear communication and sufficient information is provided so as to minimise the risk of patient concerns affecting the progress of medicine. The medical communications industry has a key role to play in creating clear, concise and effective materials to equip physicians with resources to have such conversations with patients and ensure that any concerns are alleviated.

Henrietta Lacks and the discoveries made using her cells have left an impressive legacy, contributing to a vast spectrum of disease knowledge through their perceived immortality; however, the collection and use of her cells raises controversy and ethical issues.

The importance of GDPR within medicine is becoming increasingly more apparent because of the growing prevalence of biobanks and their role in personalising medicine. The publicity and controversy that would arise if a case similar to Henrietta Lacks occurred during the 21st century is unimaginable; therefore, it is understandable why entities such as biobanks are required to inform patients of how their tissues are intended to be used, prior to their consent [12]. However, it is possible to see two sides to the increased stringency of regulations because, although the patient’s data is protected, there is a potential for disease and general scientific understanding to be hindered because of the necessity for the patient’s consent. It seems apt to question how different our current disease understanding, and the lives of thousands of people, may have been if Henrietta Lacks had been given the option of consent, and the implications this holds regarding the future of data privacy surrounding the use of patients’ tissues. As regulations surrounding the collection of patient data are likely to become increasingly strict, it is vital that the pharmaceutical industry maintains clarity and effectiveness to ensure that patients are aware of how their data is being used. The provision of this information should help encourage patients to consent to use of their personal data, therefore preventing the inhibition of medical progress and ensuring the future of scientific discovery.