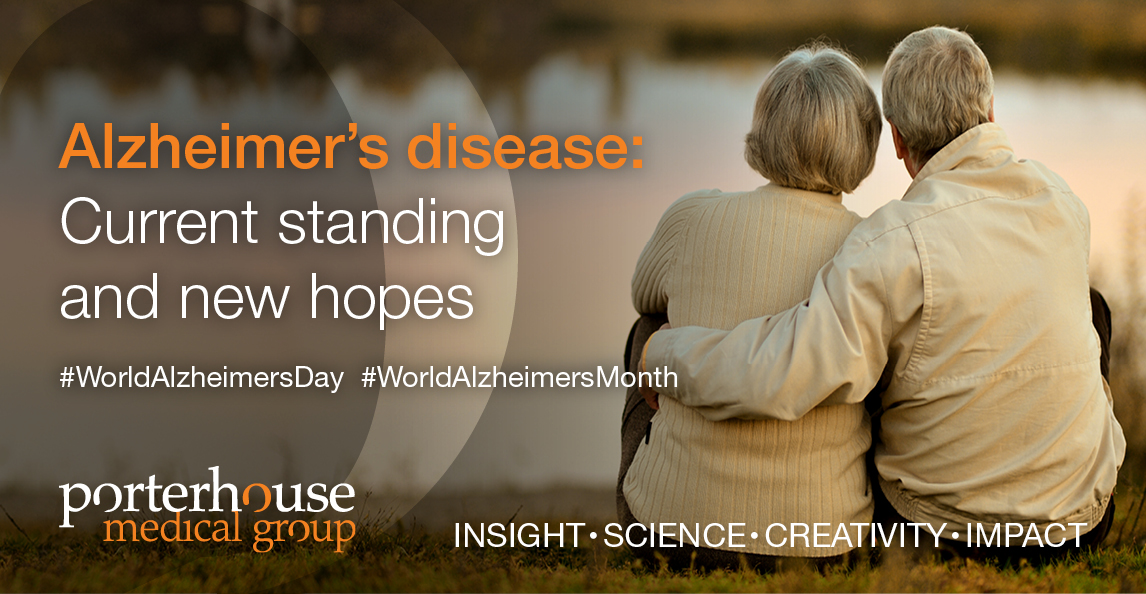 Can you imagine waking up in a house unrecognisably new to you every morning for the rest of your life? Not being able to find your kitchen to make a cup of tea? Not being able to recognise your loved ones? Most of us cannot conceive these situations, but they are the reality for millions of patients with Alzheimer’s disease (AD) worldwide.

AD is becoming progressively more common with an ageing global population. It has been estimated that by 2050, 1 in 85 people will be affected [1].  Therefore, an awareness of the symptoms of AD and the development of effective methods to care for and treat patients is becoming increasingly essential. Many research groups worldwide are now focusing on the pathology of AD, and much progress has been made into the various factors underlying the disease. Despite this, the trigger of the pathological mechanisms of AD is still unknown, and no effective cure has been developed yet. However, there are a number of treatments that can improve patients’ quality of life and symptoms. As it becomes more likely that we encounter people with AD in our lives, it is important that the general public have a basic understanding of the disease. 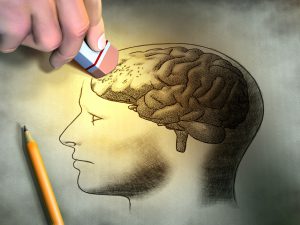 AD is a progressive neurodegenerative disease characterised by the death of specific brain cells, or neurons, resulting in shrinkage of areas involved in cognitive function. At disease onset, there is subtle failure of memory, which slowly progresses and becomes more severe [2]. An early warning sign of AD onset is the failure to recall recently learned information, which can be recognised as the individual asking for the same information several times and having to rely on memory aids for things they used to be able to handle on their own. The affected individual may also demonstrate changes in mood and personality, and changes in judgement or decision-making [3]. The severity of memory loss worsens with disease progression; the characteristics of late-stage disease include the loss of ability to respond to the environment, carry on a conversation and control movement, at which point individuals need extensive help with daily activities [4].

The symptoms of AD affect almost all basic life functions, including eating and dressing [5]. Accordingly, being a caregiver for a patient with AD can demand a number of skills and qualities. The support required from a caregiver can range widely from emotional to legal support [6]. Caregivers often have to deal with challenging behaviour, which can affect the quality of life of the caregiver too.

Treatments for AD are currently symptomatic, which means that they counteract specific symptoms of the disease but do not affect the underlying cause of neuronal death. The focus of research is largely turning to disease-modifying treatments rather than symptomatic treatments, with many such therapies currently in the pipeline [1]. Nevertheless, symptomatic treatments can be invaluable for patients with AD, significantly improving their quality of life. Currently used symptomatic approaches include cholinesterase inhibitors and N-methyl-D-aspartate antagonists, which result in the improvement of cognitive function [1].

In contrast to symptomatic therapies, disease-modifying therapies delay the onset or slow the progression of AD. These therapies counteract the causes of neuronal death. It is not surprising that there are currently no effective disease-modifying therapies because the cause of AD is still unclear. The two main pathological hallmarks of AD are the presence of plaques formed of amyloid-β peptides, and neurofibrillary tangles formed of tau protein in the brain. A promising mainstream theory for the pathogenesis of AD is the amyloid cascade hypothesis, which proposes that the disease is initiated by plaques formed of a pathogenic peptide called amyloid-β. It is suggested that these plaques induce tau pathology, which leads to neuronal death and neurodegeneration [7]. Therefore, both amyloid and tau pathologies are targets for potential disease-modifying therapies [8].

Amyloid-β clearance by immunotherapy seems to be a promising approach for disease-modification in AD. This involves programming the patient’s own immune system to prevent the formation of amyloid-β plaques [9]. An example drug is aducanumab, which is an antibody that works to clear amyloid-β plaques. It is currently in Phase III trials, with initial trials in 2016 having suggested that it could slow cognitive decline in the early stages of AD. If results from the Phase III trial expected in 2020 are successful, this would be the first therapy targeting amyloid-β to reach this far [10]. Previous drugs targeting amyloid-β have been unsuccessful because of the drug being administered at the incorrect stage of the disease. Some researchers are optimistic about the effectiveness of drugs already in development; according to Michael Murphy, a neuroscientist at the University of Kentucky, ‘we probably already have a drug that could treat AD, if we gave it to people in their 50s’ [10]. However, it should be noted that there are several limitations to the amyloid cascade hypothesis, including that amyloid-β plaques are found in the brains of many elderly people who do not show the cognitive symptoms of AD [11]. Much hope is pinned on the amyloid cascade hypothesis being correct, but if it turns out to be a dead end, all hope will not be lost because there are other treatments in the pipeline based on other pathological mechanisms of AD, such as treatments counteracting neuroinflammation, which is another major characteristic of AD.

As the prevalence of AD increases, a general public awareness of the difficulties associated with dealing with the disease and caring for patients who have it is important. Tackling this challenge requires global understanding and collaboration to allow us to overcome the issues faced by people affected by AD. As research ventures closer and closer to elucidating the cause of AD, we can be hopeful that a disease-modifying therapy is on the horizon.